Just a quick note this time, but I couldn’t let another day go by without reminding everyone that it is time to sow seeds of Brussels sprouts and any cabbage varieties that need over 120 days to mature (e.g., January King, Danish Ballhead, Red Langedijker). Getting the timing right for these crops seems to be a perennial problem for many due to conflicting information on seed packets and from nurseries. The long season cabbages really do need the whole summer to develop a good-sized head, but no matter what size they are by fall, they still provide a harvest. Timing of Brussels sprouts, on the other hand, is a trickier because if sown too late (after the first week of June), plants usually don’t have enough growing season left to produce sprouts before winter—and if they don’t form sprouts by the end of October, they aren’t likely to have them at all. Of course you can sow Br. sprouts earlier, but by waiting until now to sow them, you largely avoid damage to the sprouts from the aphids common on Brassica crops in late summer. Aphids merely distort leaves of Brussels sprouts, but are damaging when aphids get inside the developing sprouts. Sowing in late May to the first week of June produces plant that don’t start to form sprouts until late September, which is when aphids stop reproducing and are leaving plants. You might see some aphids in the oldest sprouts but most of the crop will be free of aphids.

If your garden is in a wide open area with dawn to dusk sun exposure in the fall, then you can get away with sowing a week or two later. For the rest of us, however, there is a rapid decrease in hours of sunlight falling on our gardens in September as the lower morning and evening sun is blocked by trees, buildings, mountains, etc. Planting advice developed for open farm fields don’t work well for such gardens because it doesn’t take into account the impact of this shading. SO, start your Br. sprouts and cabbage seeds now…either in flats or directly in the garden, whichever works for you.

Irrigation note: You may have noticed that we haven’t had rain for quite awhile! While you have undoubtedly been watering seedbeds and small vegetable plants, you may not have started watering established perennials and overwintered crops, such as garlic, berries and young fruit trees. When we have a dry May, strawberry crops especially suffer because people often haven’t realized how dry the soil has become. I don’t usually start regular watering in my garden until sometime in June, but this week began running my irrigation system. It depends on the characteristics of your soil, drainage, mulches, sun exposure, of course, but if you haven’t already done so, it may be time to begin regular irrigation.

Apple ermine moths: Colonies of these small caterpillars are to be seen right now making fine mats of webbing trailing along the branches of apples and related plants [see photos] A similar species infests cherry and plum. The caterpillars are small, as are the webs, and when numbers are low (i.e., one colony per branch) you don’t have to do anything about it. If there are much more than that, you can pick them out of dwarf trees by hand, blast them out with heavy sprays of water, or, as a last resort use the bacterial spray, BTK [Safer’s Biological Insecticide]. It is not a good idea to use soap or pyrethrins sprays because those harm beneficial species that live in and on your trees. In warmer area and further south in the region, these caterpillars may already have left the trees (check before you bother to spray); they have one generation a year so are now gone for the year. 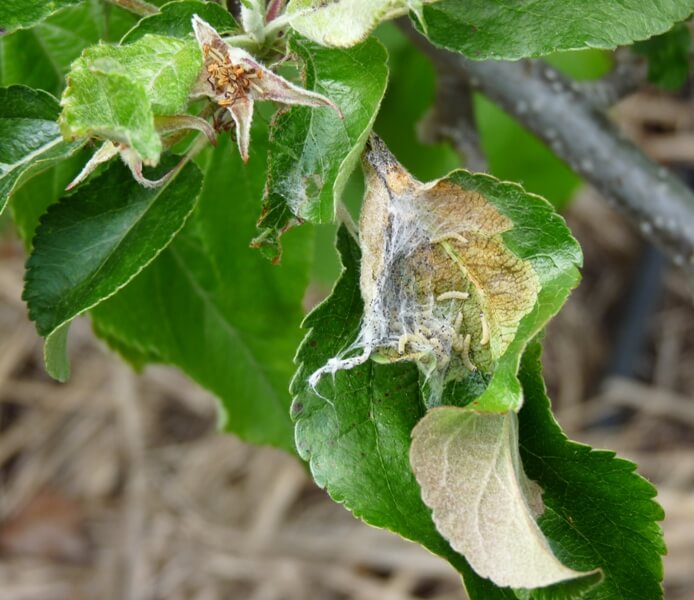 Bragging rights (yay!): The new edition of my Backyard Bounty has been on the BC Best Seller list for 7 weeks so I am sending out a huge thank you to all of you who bought a copy! 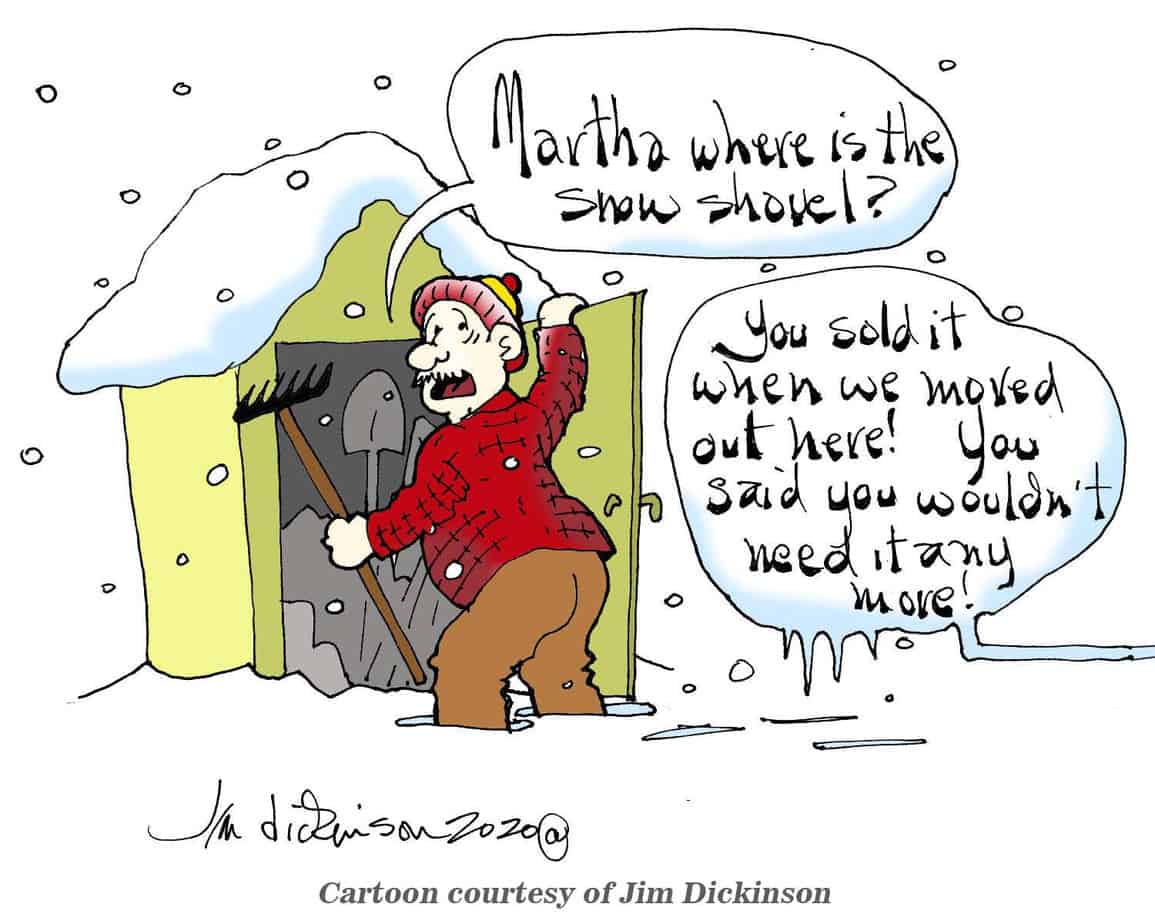