Hot Tickets for a Hot Show
By Coreen Boucher

I spoke to Scott Merrick—who wrote the musical, assists director Susannah Devitt, and also acts in it—to ask what audience members can expect, beyond what I gleaned from the ArtSpring website. I didn’t see the last show, but the words “Mamma Priscilla” had me hoping that I’d get a real-life sense of what it would be like to be part of one of my all time favourite movies: The Adventures of Priscilla, Queen of the Desert.

Scott told me that 40 wigs and many costumes are being used during the musical. Three or four people are hard at work applying makeup to the drag queens and kings. For the queen, it can take an hour to an hour and a half just for the makeup. The kings, who are the women acting as men, they get some creative touches like unibrows and other facial hair.

According to Scott, after the original show, he kept hearing from people who had seen it that they “couldn’t tell who was a man being a woman, who was a woman being a man, or whatever, and they didn’t care because it was so much fun.”

So, yes! This is a serious production.

But not that kind of serious.

It’s filled with raw humour and naughty one-liners, sheer fun and suggestive scenes, and clearly some refreshing gender-bending comedy. According to Scott, one of the naughty jokes was spun from a food item that has a reputation for being one of the best Country Grocer deli items. That’s all I can say—no spoilers here!

Mamma Priscilla: The Sequin is also for people who love musicals. The show has fourteen dance and song numbers. Most are in lip-sync fashion as is common in drag queen culture. And four or five songs will be sung by cast members.

Many of the original cast members are in The Sequin, and to fill the spots of actors who’ve moved, new people have stepped in. DAISSI (Diverse And Inclusive Salt Spring Island) will be doing the concession, and Thirsty Islander will be selling beer and wine.

Country Grocer is happy to be supplying the “mysterious” food item for the stage and also to be supplying food to the large backstage crew and cast members—around 40 bellies in total!

If those prices are too steep, enter to win a pair of tickets from Country Grocer! Keep visiting the Country Grocer SSI Facebook page for contest details. 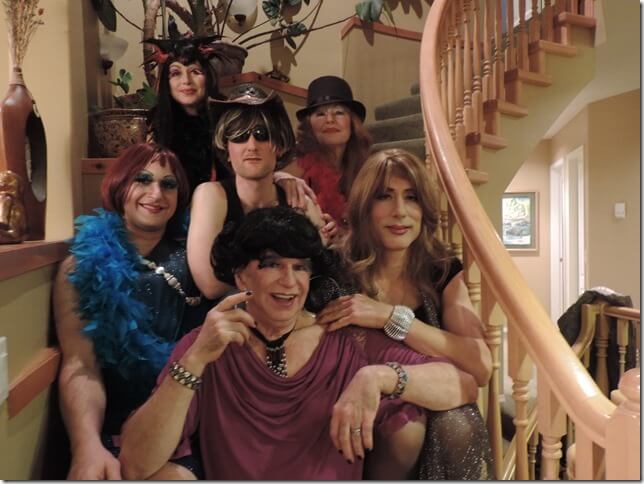